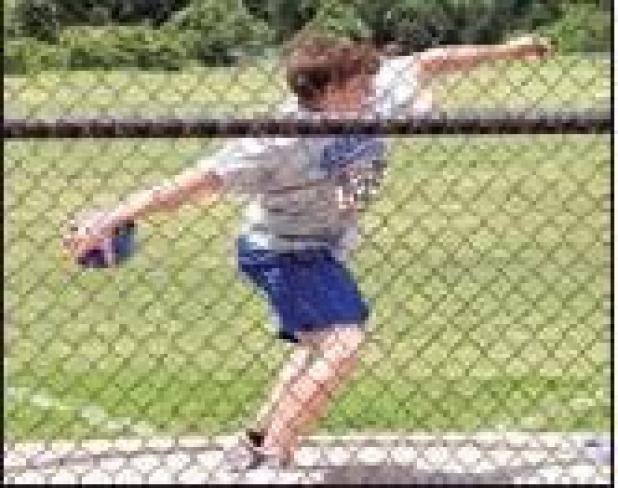 Brianna Gallaher ran her final race as a high school athlete May 3 & 4 at the TAPPS State Track Meet at Panther Stadium, Hewitt, TX. She had already claimed the 3200 State Title in 2016, 2017 and 2018 and she didn’t disappoint her Coach or Mom this final race crossing the finish line in 12:33,1:35 ahead of 2nd place. with a 14:07. She returned on Saturday to reclaim the 1600 State Title which she had won 2017 & 2018, and did just that. Brianna, in her High School running career, won 7 State Track Titles and with 4 State Titles in Cross Country for a total 11 State Championships.

Cameron Crawford, senior, qualified for State in the discus in the 7th out of 8 qualifying positions. Due to rain on Friday, all Field Events were moved to Saturday. On his first throw he threw under his personal best of 96-6 and his second throw was out of bounds. They were only given 4 throws instead of the 6 (3 Prelims - 3 Finals) usually given at the State Meet due to time constraints because of the weather delaying the entire meet schedule. He was disappointed with his 3rd throw so stepped out of the front of the ring scratching that throw. His 4th and final throw he prepared for his spin took a deep breath and delivered a perfect throw with a distance of 109-0, putting him in the 5th place finish and recording another Personal Record. Cameron had accomplished a goal he had for a couple of years and he did it in a memorable way.